A sixty-nine-year-old woman is discharged from Southern Maryland Hospital after a stroke. She is sent to Crescent Cities Center, a Genesis subsidiary, in Oxon Hill for physical and occupational therapy. At the time, she has good rehabilitation potential, and her prognosis is favorable. Because she is obese, has dementia, and is relatively immobile, she is clearly at risk for developing bed sores.

Three months later, Crescent Cities orders hospice care without even consulting the woman's two sons. Two weeks later, one of her sons sees the state she is in and calls 911. She is taken to Washington Adventist Hospital. The doctors diagnose her with a Stage IV sacral pressure ulcer. Stage IV is the most advanced stage of a bed sore and can be fatal. Underscoring just how much this woman has deteriorated, she now weighs seventy pounds less than she did at the time of her admission to Crescent Cities Center.

A week later, the woman is transferred from Washington Adventist Hospital to Georgetown University Hospital. Three days later, she is transferred to Patuxent River Health and Rehabilitation Center where she remains until her death.

The sons contend that Genesis' negligence resulted in (1) their mother's injuries including severe pressure ulcers, weight loss, malnutrition, dehydration, and infection, (2) pecuniary losses she incurred in the form of medical expenses, and (3) her eventual death.

Parenthetically, this was the first medical malpractice lawsuit filed in Maryland in 2016. 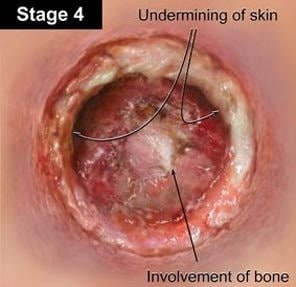 Defendants breached the standard of care by failing to:

If you or a loved one has been harmed, abused or neglected at the hands of a nursing home, we can help you learn about whether you have a claim and your options for cash compensation for the harm that has been done. Call us today at (800) 553-8082 to discuss strategies to bring justice. There is NO COST OR FEE for this free case evaluation. You may also get a free online case review.

More Nursing Home Claim Information
Practice Areas
Client Reviews
★★★★★
“When my sister was killed, we turned to Miller & Zois to fight for us. They stood by us every step of the way and we ended up getting more money than we asked for.” C.B. (Baltimore City)
View More
Our Firm ›
Attorneys ›
Medical Malpractice ›
Personal Injury Practice ›
Communities Served ›
Injury Victim Help Center ›
Plaintiff Attorney Center ›
Insurance Company Insight ›