Arbitration Agreements May Be Unenforceable 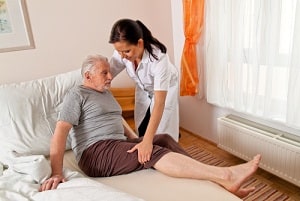 Nursing homes have increasingly been tucking arbitration clauses into the volumes of documents you sign when you seek admission to a nursing home. Sometimes, this allows a nursing home the ability to avoid our civil courts and judgment by a jury.

If you are forced into arbitration, you still have a viable claim. But you can drive a truck through the difference in outcomes in arbitration and our civil courts.

To put it in context, only 19% of negligence claims that did not have a binding arbitration agreement ended with no recovery for the plaintiff.

This is no surprise. The arbitration deck is stacked. There are usually clauses on the selection of the arbitrator that lean heavily towards the nursing homes. Discovery is more limited in arbitration so your ability to get the documents and other information you need to make your case is limited.

In Maryland, suits to compel arbitration are viewed by our courts as "favored actions." This means they lean toward enforcement. Maryland courts are usually going to ask just one question in these cases: Is there an agreement to arbitrate the subject matter of this dispute? So the deck is particularly stacked against us.

Still, people seeking admission to a nursing home are more vulnerable, and the Maryland Nursing Home Bill of Rights reflects this reality. In the real world, patients are voluntarily admitted in name only because they have no real choice. They often seek admission following a period of acute hospitalization or other traumatic event and have little real choice. Clearly, they are focused on the quality of the facility and the services available. But, often it is more basic than that: can this place stop my suffering? It is hard to put the burden on people at this moment of their lives to consider how to resolve possible future disputes.

What does Maryland law come down on this? Maryland law is not fully formed. But there is a multitude of ways to get around these agreements and have your case heard by a jury.

Getting Out of an Arbitration Agreement
More on Nursing Home Claims

The best way to get out an arbitration agreement is, of course, never to rush into it in the first place. Most nursing homes are not going to require you to sign the document to get admission to the nursing home. But when you are filling out the admission paperwork, people are often uncomfortable questioning the probably very nice nursing home representative about it or telling them that you will not sign that document. But that moment of discomfort that will likely pass quickly can save a lot of heartaches later.

If the court is inclined in general to enforce arbitration agreements in nursing home cases, as is the case in Maryland and most states, there are a number of defenses you can raise to get out of the agreement: 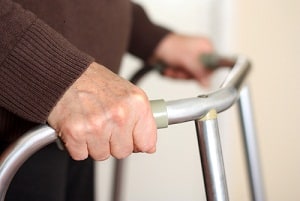 Maryland courts have not rejected nursing home arbitration agreements out of hand. But the exact circumstance in which they will limit claims remains unclear. There has not been a ton of case law flushing out where Maryland draws the line.

At this risk of oversimplifying an issue that has many layers, let's look at the "good" and the "bad" rulings in a few other states:

These are some jurisdictions where plaintiffs have received less than favorable ruling:

Our law firm handles serious injury and death nursing home negligence and abuse cases. Call us at (800) 553-8082 or get an online consultation. There is no cost or obligation for either of us. Tell us about your case and we can find out together if we can help you.

More on Nursing Home Cases
Contact Us
Practice Areas
Client Reviews
★★★★★
“When my sister was killed, we turned to Miller & Zois to fight for us. They stood by us every step of the way and we ended up getting more money than we asked for.” C.B. (Baltimore City)
View More
Our Firm ›
Attorneys ›
Medical Malpractice ›
Personal Injury Practice ›
Communities Served ›
Injury Victim Help Center ›
Plaintiff Attorney Center ›
Insurance Company Insight ›